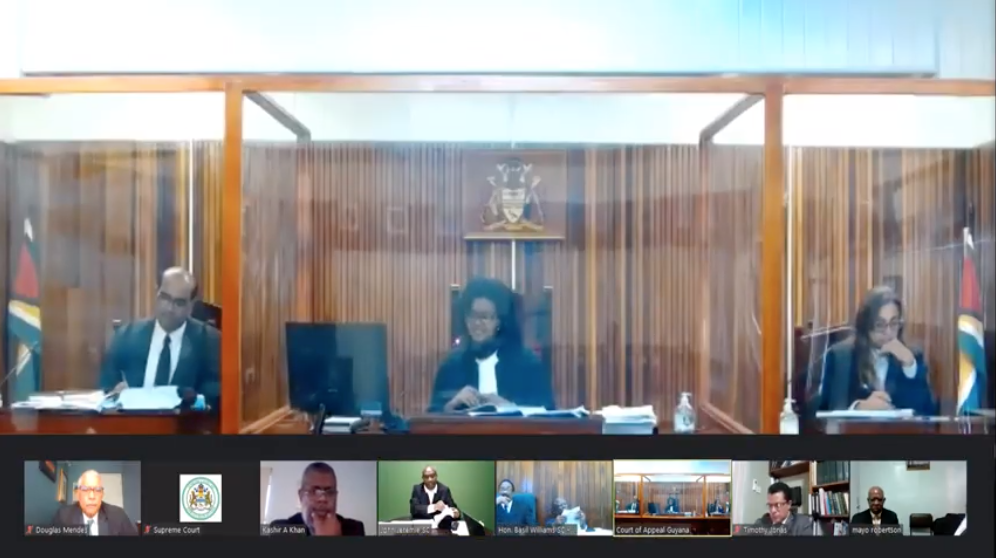 Tension is continuing to rise in Guyana following a statement by the country’s APNU+AFC government that it will not accept a legally directed declaration by the Guyana Elections Commission (GECOM) based on the recounted results which show that it lost the country’s 2 March elections.

Responding, the General Secretary of the Opposition PPP, former President, Bharrat Jagdeo said that the President, David Granger, and those who are supporting him “are living in a fool’s world if they believe they will get away with that”. He also warned of “fierce resistance”.

In a statement, Jagdeo said that the government’s position was “in clear defiance of the international community, the Chief Justice, the Caribbean Court of Justice (CCJ) and GECOM who have all been clear that any declaration has to be made on the basis of the figures from the recount”. He also noted that the APNU+AFC statement contrasted with earlier statements made by President Granger that he will accept any declaration made by GECOM.

Then in a sign of the danger of escalation and confrontation if the issue is not resolved peacefully, the opposition leader said:“Needless to say, such a move will be met by fierce resistance by the PPP and other forces fighting for democracy”.

The tense stand-off follows a week in which the Guyana government has said that it will appeal the latest high court ruling stating that the national vote recount concluded last month showed a clear win for the opposition People’s Progressive Party (PPP) and must be reported as the outcome of the country’s general election.

In a fresh judgement, Guyana’s acting Chief Justice, Roxane George-Wiltshire, ruled on 20 July that the national vote recount overtook the original post-election vote count and that earlier declarations made by the country’s Chief Elections Officer, Keith Lowenfield and others, had been correctly set aside by the Chair of GECOM. George said that the “only” data that can be used were the recount results and that previous declarations cannot be “resurrected.” She consequently declared that Lowenfield, must make a declaration as directed by the GECOM. Lowenfield was not a “lone ranger” or a law unto himself, the Chief Justice said, and must comply as directed by GECOM following the earlier Caribbean Court of Justice (CCJ) endorsement of the recount and the election outcome.

The latest legal case resulted from an application to the courts by Misenga Jones, an agent of the APNU+AFC Coalition seeking a declaration that the Chief Elections Officer could decide for himself what numbers he chooses from the results to determine the outcome and that GECOM was constitutionally bound to accept his report.

The High Court ruling ought to have meant that Lowenfield should have prepared a report based on the recounted national vote to bring Guyana’s election debacle to a close, and for peaceful transition of power take place. However, he declined to do so and another appeal was launched by the APNU+AFC indicating they would if necessary seek a hearing in the country’s supreme court the CCJ.

Prior to the judgment, international criticism of the failure of President Granger’s government to respect the outcome of the recount had been mounting with the country’s western allies escalating the pressure on his government to accept the result.

In an indication of the future consequences for any Caribbean government failing to respect a democratic election outcome, the US Secretary of State, Mike Pompeo, announced on 15 July, visa restrictions ‘on individuals responsible for or complicit in undermining democracy in Guyana’ making clear that immediate family members may also be denied visas.

Noting that the US has no preference as to which party wins elections if derived through ‘a free and fair electoral process that is credible’, he said that forces that repeatedly refused to accept the will of the people via the ballot box pose a danger for Guyana’s citizens and the hemisphere as a whole.

Subsequently the US Ambassador to Guyana, Sarah-Ann Lynch, declined to name those whose visas had been revoked by the US Government, but told the media that the decision sent a clear message about the consequences of “subverting democracy and the rule of law”.

Responding, the Granger Government said in a statement that it regretted the position of the US, noting that the executive branch ‘has not participated in the undermining of the electoral process’. It urged all countries interested in Guyana’s development to await the logical conclusion of the (legal) process, which is being managed by the elections commission, in accordance with the Constitution of Guyana’.

It also became clear that Canada and the UK were considering sanctions if the recount was not respected. The Brazilian government called on the Guyanese authorities to use the recount figures to make the declaration noting that ‘delaying the conclusion of the electoral process poses a serious threat to stability in Guyana”.

In an unusually strongly worded statement about a CARICOM neighbour, the present Chairman of CARICOM, Dr Ralph Gonsalves, the Prime Minister of St Vincent, said that “a rogue clique within Guyana cannot be allowed to disrespect or disregard, with impunity, the clear, unambiguous ruling of the Caribbean Court of Justice …. The entire world realises that a small group of persons, in and out of Guyana, are seeking to hijack, in plain sight, the elections, and thus the country”. He also stressed that the internal situation in Guyana was “pregnant with real danger for the people of Guyana and the Caribbean Community”.