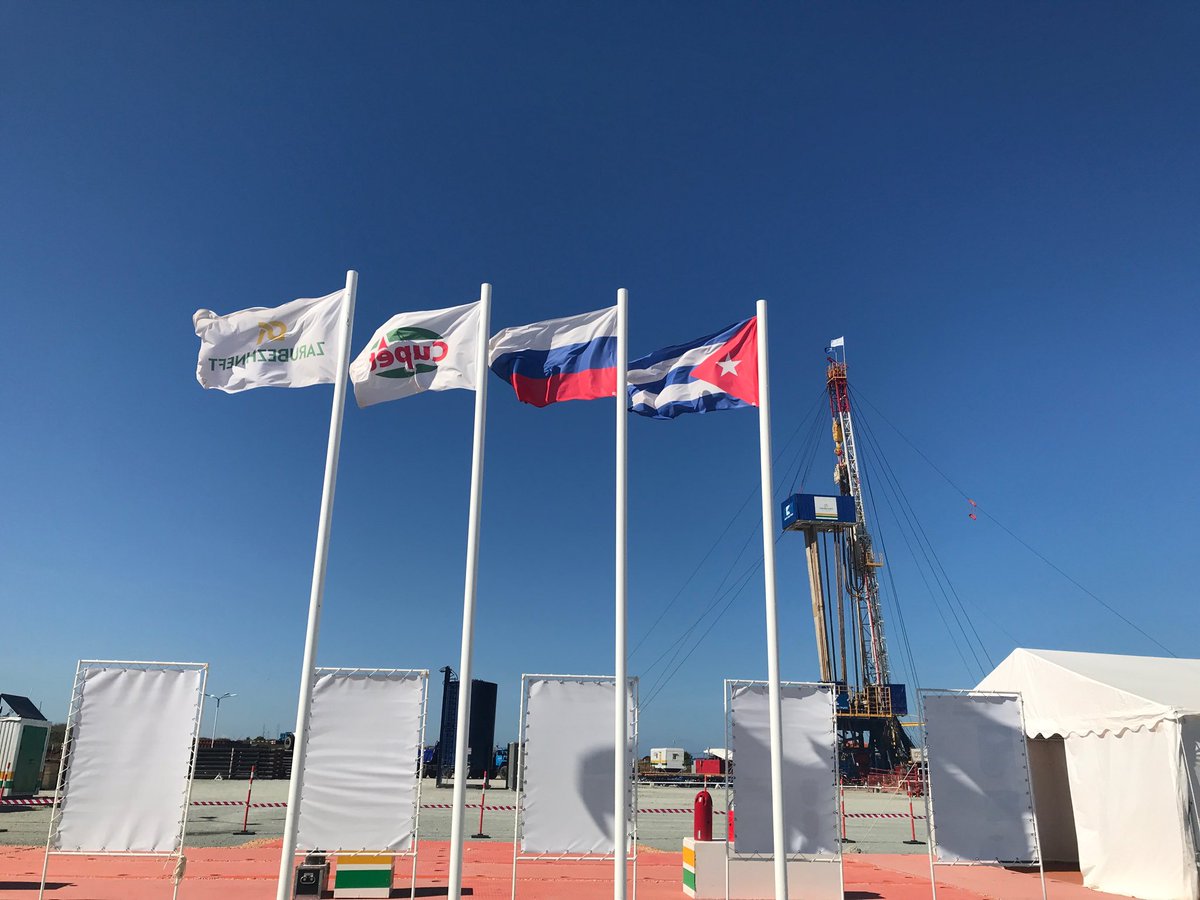 The company reported in a statement that the initial onshore oil flow was 52 tons per day of extra viscous oil. The first well is exploratory but if successful the company plans over the next two years to drill 30 wells. If large volumes of natural gas are also obtained, this could be used by a nearby Energás plant.

Sergey Kudryashov, the Managing Director of JSC Zarubezhneft said that the Boca de Jaruco project was an important element of the company’s strategy to maintain technological leadership in the industry and innovative approaches to oil production.

“This year we have started a new stage of field operations with the launch of the first horizontal well. We continue to improve the extra viscous oil production processes on this project and are focused on achieving even greater results in the future.

The project involves new developments and technical solutions from national manufacturers, as well as equipment capable of operating in an aggressive environment and at high temperatures”, he said.The project is being implemented in conjunction with Union Cuba-Petróleo (CUPET) and involves oil enhancement technology that has been developed jointly by JSC Zarubezhneft with the Kazan Federal University (Volga Region).

In October 2019, the then Prime Minister of Russia, Dmitri Medvedev, inaugurated drilling on the horizontal extraction well.

Kudriashov has previously told the media that the petroleum output from the joint venture with CUPET will be used to meet internal demand and making oil Cuban production efficient. The project according to previous Zarubezhneft statements is expected to cost in its first phase €100m (US$133m) and result cumulatively in a production volume over 10 years of up to 2m tons of oil.

Previous Cuban reports quoting Víctor Moya, the Head of the Reservoir Engineering Group of Cuba’s Western Oil Drilling and Extraction Company indicate that the Boca de Jaruco project is aimed at extracting oil from ‘Layer M’ , a type of sedimentary rock identified as having very heavy oil at seven degrees API but previously unrecoverable because of the absence of the necessary technology.

Moya said that as Layer M was not homogeneous, it was not possible to know how much crude could be extracted, but that the project would define the best reservoir characteristics for future exploitation. He was also quoted as saying that Russia, in addition to having the technology would be able to learn about ‘new practices and tools to use’based on their experience of drilling and subsequent extraction.