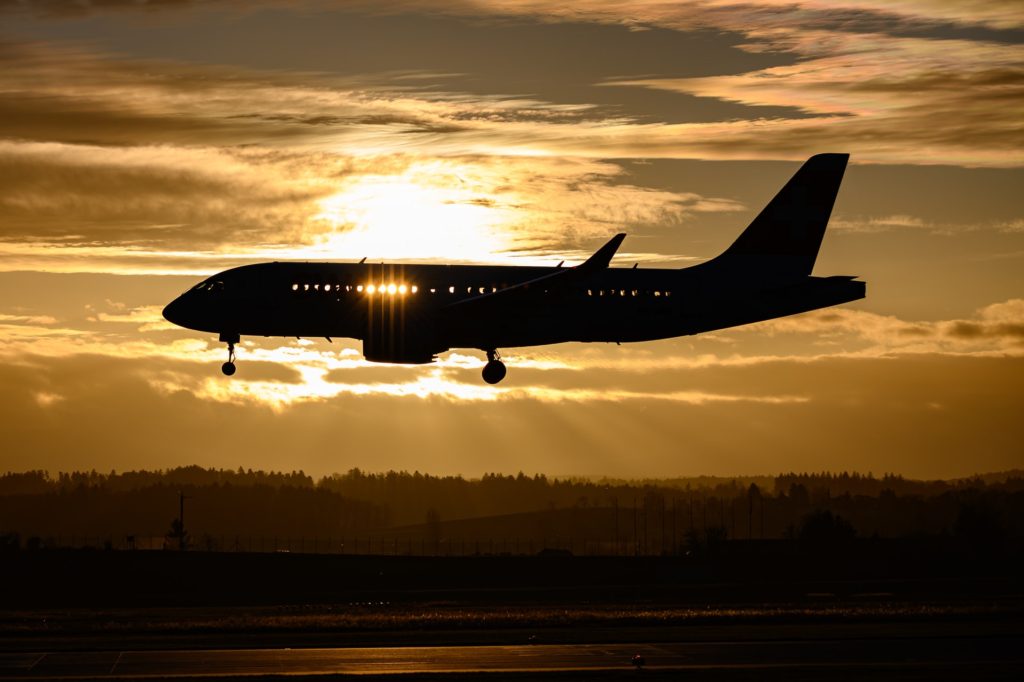 Photo by Stefan Fluck Aviation expert and advisor, Richard Nanton, writes: Fortune favours the bold, and those organisations that are not bold or willing enough to plan their post-pandemic projects now, will be left far behind when the Covid pandemic is over. Three factors will influence whether Caribbean airlines survive or thrive as Covid’s legacy lingers […]

Winter 20/21 – Part Two – What can be done to ensure Caribbean aviation is economically sustainable? 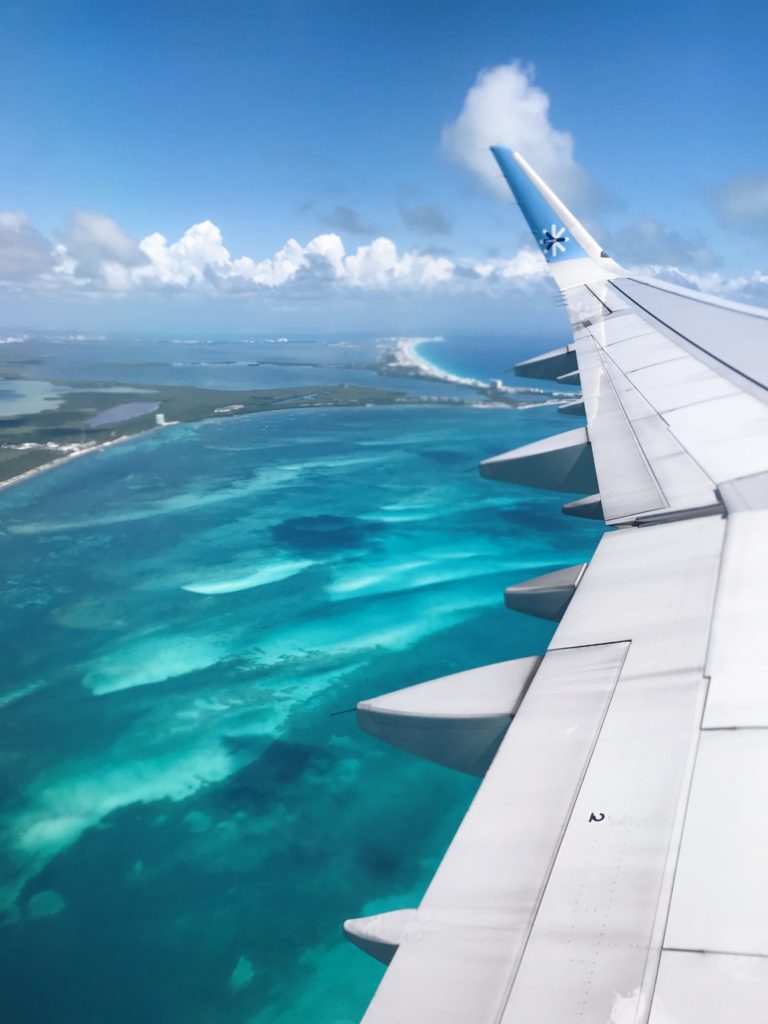 Aviation pricing and revenue generation expert, Oliver Ranson, writes: Stingray City – that sounds cool. Of the top 15 Caribbean attractions listed on Trip Advisor today, that’s the one I will visit first in 2021. But it will not just be Stingray City enjoying my custom, an entire travel ecosystem involving my hotel, dinner restaurant […] 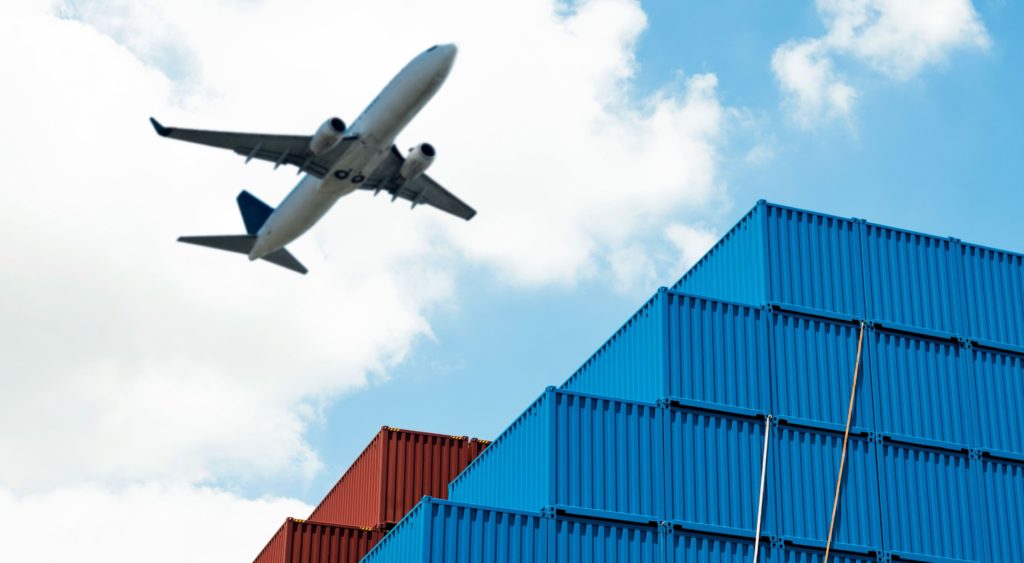 Aviation expert and advisor, Richard Nanton, writes: As a panellist last week, at the Caribbean Council’s Economic Recovery Conference Post-Covid, I was asked about the importance of air freight to the Caribbean region. The use of air freight is essential for the Caribbean, given its geographical position. Air Freight has traditionally entered countries on commercial […]

Quote in Yahoo.com: ‘Flood of lawsuits, flight of investors on cards with US Cuba move’

On 18 April, Managing Director of the Caribbean Council, Chris Bennett, was quoted on Yahoo.com in an article regarding the implications of the suspension of Helms-Burton Article III waivers, and the application of Article IV, for Cuba and for foreign businesses and investors. “It is highly likely there will be a flood of claims in […]

Quote in FoodNavigator-LATAM: ‘Food is high on the government’s priority list’

US toughens embargo on Cuba as EU trade talks sour

White House National Security Advisor, John Bolton, this afternoon will enact Title III and Title IV of Helms Burton unleashing a flood of claims by Cuban Americans in the South Florida Courts against Cuban and international companies who own or “traffic” in assets in Cuba. Whilst most of these claims will have little chance of […]

Quote in New York Magasine: The Caribbean Should Be Leading the Electric Car Revolution. So Why Isn’t It?

In October, the Caribbean Council was quoted in a New York Magazine article titled: ‘The Caribbean Should Be Leading the Electric Car Revolution. So Why Isn’t It?’   Please follow this link to read the full article: http://nymag.com/developing/2018/10/more-like-electric-car-ibbean.html

On 22 March 2018, The Caribbean Council was quoted in an article available exclusively to users of the Bloomberg Terminal, analysing the risks posed by Venezuela’s territorial and maritime claims to Guyana’s emerging oil industry. Partnering with oil majors would give Guyana financial backing in its legal case and a relationship with foreign governments that […]

Webinar on Cuba’s Outlook for 2018

On 27 February 2018, Caribbean Council consultant David Jessop joined Moody’s VP and Senior Credit Officer Jaime Reusche and Marla Dukharan’s Communications Director to discuss Cuba’s recent economic performance, its economic vulnerabilities in 2018 including fiscal and external risks from Venezuela and changes in US policy, and the outlook for the transition of power. Please […]

In January, The Caribbean Council was quoted in a Wall Street Journal article titled ‘In Cold War Echo, Russia Returns to U.S.’s Backyard’. Please follow this link to read the article- https://www.wsj.com/articles/russia-returns-to-u-s-s-backyard-1517403600?mc_cid=b0de628e75&mc_eid=b798c62385

Interview on Forbes: What Should Investors Know About Guyana’s Oil Industry?

Guyana is not usually mentioned as one of the top targets for investment in Latin America. The country, which has a population of around 800,000 and a landmass roughly equivalent in size to Kansas, sits sandwiched between Suriname and Venezuela. A former British colony that is the only officially English-speaking country in South America, Guyana […]

Special Report: Hurricane Irma wreaks destruction across much of Cuba

The Caribbean Council is supporting the territories affected by Hurricane Irma. Working with its membership, the UK Foreign and Commonwealth Office, Caribbean High Commissions, and the offices of the Overseas Territories, it is distributing information about the many practical ways that it is possible to help the relief efforts now being coordinated. For more information, […]

New Opportunities To Address Energy Security In The Caribbean

It is not a new observation that the Caribbean’s heavy dependence on imported fossil fuels contributes to the region’s high cost of doing business, increases its vulnerability to external sector shocks, and constrains economic growth and competitiveness across most Caribbean economies. Nonetheless, the increasing cost-competitiveness of a host of renewable energy technologies with fossil fuels […]

In January 2017, The Caribbean Council and the Centre for Process Innovation (CPI) completed and published a Technical and Economic Feasibility Study on using Sargassum seaweed for Anaerobic Digestion- a low cost waste-to-energy process widely used in Europe and the US for organic material. Covering St Lucia and Grenada, the study was funded by the […]

Theresa May delivered two long-awaited speeches this week in which she set out the Conservative government’s plans to take Britain out of the European Union single market and the European Customs Union. While governments in the Caribbean and Central America may have their sights trained on the White House during the week of Donald Trump’s […]

Navigating the Trump Presidency in the Caribbean and Central America

During a visit by the British Prime Minister, David Cameron, to Jamaica and Grenada at the end of September 2015, he announced a major new package of British investment for the Caribbean region totalling £360 million in new financial commitments as a demonstration that the UK is “serious about the need to strengthen the bonds […]

Russia and the Caribbean

Over the last five years Russian interest in the Caribbean has been growing steadily; so that today Moscow’s diplomatic profile and its economic presence in a number of Caribbean nations is now stronger than at any time since the end of the Cold War. It has also made clear that it again intends having a […]

A number of Caribbean countries offer citizenship for investment schemes whereby passports are provided for an investment in real estate or a donation with little or no requirement to reside in the country. St Kitts has the oldest scheme dating from 1984; Antigua, Dominica and Grenada also offer them; and other Caribbean islands have been […]

Venezuela: instability and the impact of potential changes to the PetroCaribe scheme on the Caribbean Basin

Across the Caribbean concern has been expressed about the implications of civil unrest in Venezuela and what this might mean for the long term future of the PetroCaribe arrangement, the concessionary agreement which underpins most Caribbean economies through the supply of oil at concessionary prices on deferred terms. This is because almost all Caribbean Basin […]

Since 2010 many Caribbean nations have fallen further into debt, many are in IMF programmes, and almost all are heavily dependent on costly imports of energy and food. The consequence has been low rates of growth (there are some exceptions), a failure to complete the Caribbean Single Market and Economy, a significant decline in governments’ […]

On November 8 2013, President Obama told a group of Cuban American activists that there is a need for Washington to reconsider US policy towards Cuba. Speaking at a small fundraising event at the home of Jorge Mas Santos, Chairman of the Cuban American National Foundation (CANF), the US President said that it may be […]

Guyana and Suriname: Opportunities for increasing UK investment and trade

In July 2013, the Caribbean Council undertook a scoping study of UK business opportunities in Guyana and Suriname on behalf of the British High Commission in Guyana. The scoping study was funded by the FCO Commercial Diplomacy Fund and seeks to raise awareness amongst British companies about the opportunities which exist and provide them with […]

The changing potential of the Caribbean

The perceptual map of the Caribbean that most share has changed very little since the days of the cold war. This framework, which neatly divides the region by language and history, and conditions most policy and commercial responses, may now be of limited utility and may require revision. Other than Trinidad, the countries offering the […]

China and the Caribbean: the bigger picture

An analytical paper looking at some of the key issues in the relationship between China and the Caribbean.

China and the Caribbean

Background paper for the Advisory Committee of the Caribbean Council on China’s developing involvement in the Caribbean.  China has made clear it wants to continue to deepen its relationship with the Caribbean. There is willingness on the part of most governments to harness its positive intent towards the region. What is still missing is any […]

In March 2012, the Caribbean Council undertook a scoping study of UK business opportunities in Guatemala and El Salvador on behalf of the British Embassy in Guatemala. The scoping study was funded by the FCO Commercial Diplomacy Fund and seeks to raise awareness among British companies about the opportunities which exist and provide them with […]