WTO’s future in doubt – no easy answers for the Caribbean 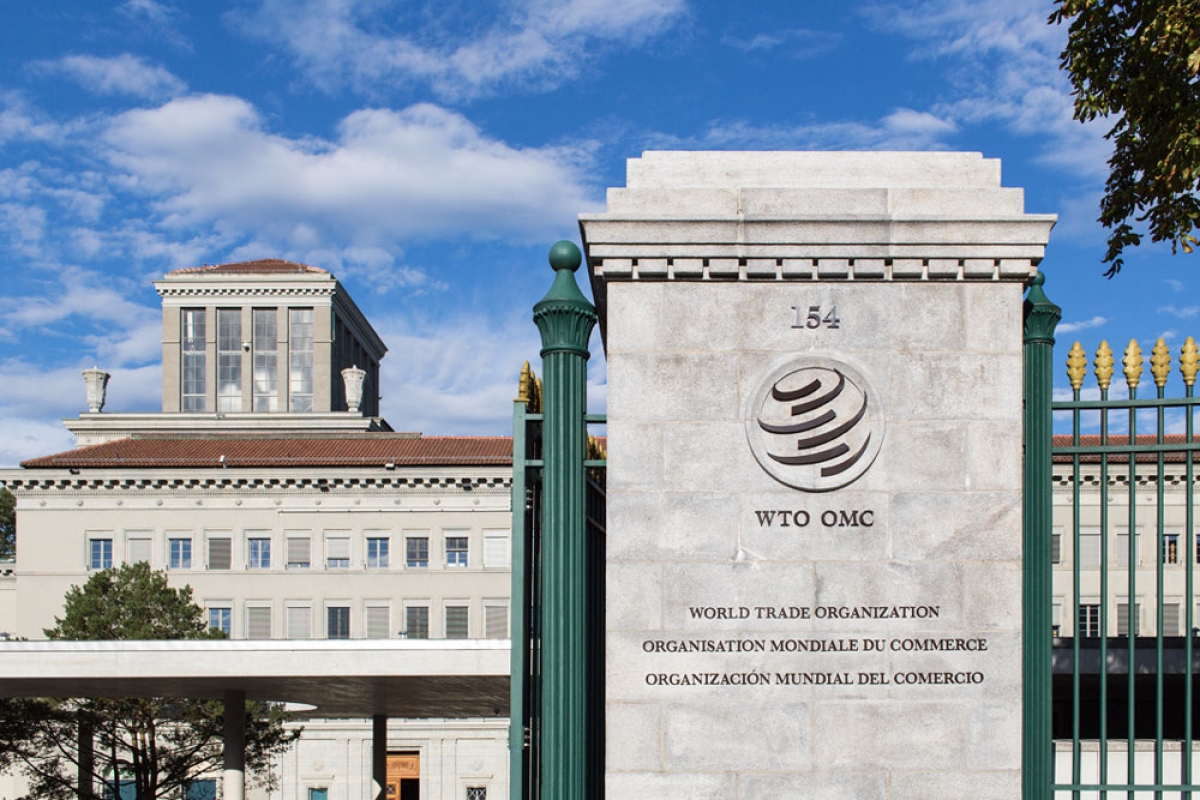 In the slow news period between Christmas and the new year, the Financial Times published a chart that graphically illustrated how the global trade in goods has changed since 2000.

Picturing the nations of the world either in red for China or blue for the US, it showed that in 2000 the US was the dominant goods exporter globally, other than to some parts of Africa and the Middle East. Two decades on, the comparable world trade map shows that the two nation’s roles in international trade have reversed and that red has eclipsed blue everywhere other than in North and Central America and the European Union.

What the FT’s diagram highlighted was why the US feels so threatened by China. It illustrated why in a belated bid to halt the US’s declining commercial pre-eminence, the Trump administration’s focus is relentlessly on using trade policy, punitive tariffs and sanctions to try to shore up the country’s manufacturing base and its older worker-heavy industries.

It also illustrated why in pursuit of a policy of ‘America First’ and a desire for all future trade relationships to be transactional, Washington has abandoned multilateralism and is willing to neuter or destroy the World Trade Organisation (WTO), the body that governs the global trading system.

By blocking the appointment of two new judges and leaving just one member of the seven-member panel that hears trade dispute appeals and agrees to retaliatory tariffs – the minimum required to hear a WTO case is three – it became impossible for international trade disputes to be settled.

Subsequently, the US went one step further. On 18 December it registered an appeal against a WTO ruling in relation to tariffs on Indian steel products which the WTO had declared illegal. By appealing into what in effect is a legal void, it knew that the original judgment against it would fall.

The effect is to enable the escalation and resolution of all future trade disputes through bilateral political and economic agreements between nations: the global approach to trade the Trump administration desires.

Formally, the US says that the Geneva-based WTO, a body it was a party to establishing, is now not fit for purpose. It believes that it needs reform, that its appellate body has been engaged in ‘judicial activism’, and is unable to address its concerns about states like China able to become dominant in global trade by offering hidden subsidies and support to private and quasi-private entities.

Less formally, the US President in pursuing his trade war with China and other nations is understood to want to end what he believes to be the advantage the WTO offers the US’s competitors though the creation of a level playing field, and its rulings against the US, despite the majority of such findings having been in the US’s favour.

For the Caribbean, where all nations are WTO members except for the Bahamas, this is problematic as despite its flaws the institution remains of direct and indirect economic and political significance.

As Dr Jan Yves Remy and Alicia Nicholls pointed out in their recent Ramphal Centre paper, ‘Why the WTO Appellate Body Crisis Matters to the Caribbean’, it is the smallest WTO members that most need a functioning legal disputes settlement system. This they argue is necessary to safeguard their interests when, as they put it, ‘the powerful break the rules’. They observe too that the Caribbean has ‘a vested interest in the preservation of the rules-based multilateral trading system and the peaceful solution of disputes by an impartial body’.

Since the WTO system underwrites stability in trade relations, they say that the region should be doing more to make its position clear. The Caribbean, they believe, can ill afford the damage that trade wars would cause to the global economy, should have a position on proposals for WTO reform, and determine how small states with no powerbase might ensure that their interests are reflected in any new system.

WTO members and its Director General, Roberto Azevêdo, recently agreed that reform is needed but could achieve no final consensus on how to proceed. This would appear to be because economically powerful states other than the US may be quietly pleased not to be bound in future by WTO strictures.

Some nations hope that when the Trump administration is no longer in office in either 2021 or 2025, the US will seek WTO reform and restore the appellate body and the WTO’ global rules-based role. However, this is wishful thinking as any future US administration would likely seek see advantage in changing WTO rules in ways that are to its benefit.

A possible short-term outcome is one being pursued by the European Union, but which is unlikely to benefit small states.

As an interim solution Europe is looking at building a shadow arbitration system but has yet to achieve agreement on this. It is also hoping to be able to unilaterally impose countermeasures against any WTO members that fail to seek final adjudication via means of the WTO’s agreed disputes settlement procedures.

The danger, however, in having dismantled the WTO’s ability to adjudicate on trade disputes is that the world may be headed for a series of international trade wars. These would likely involve the largest economic entities vying to use their economic, political and even military capabilities and relationships to aggressively develop and defend their economic growth at the expense of others.

The less dramatic but equally damaging implication for rules observing regions like the Caribbean is that in future nations could establish new trade regimes that are not harmonised, are driven by self-interest and the deployment of economic muscle, with no referee able to adjudicate or enforce non-compliance with the WTO rules.

History indicates that in such circumstances other issues soon come into play, from controlling navigation rights to the creation of exclusive trade related power blocs that subsequently divide the world.

There are no easy answers in this for a relatively powerless Caribbean.