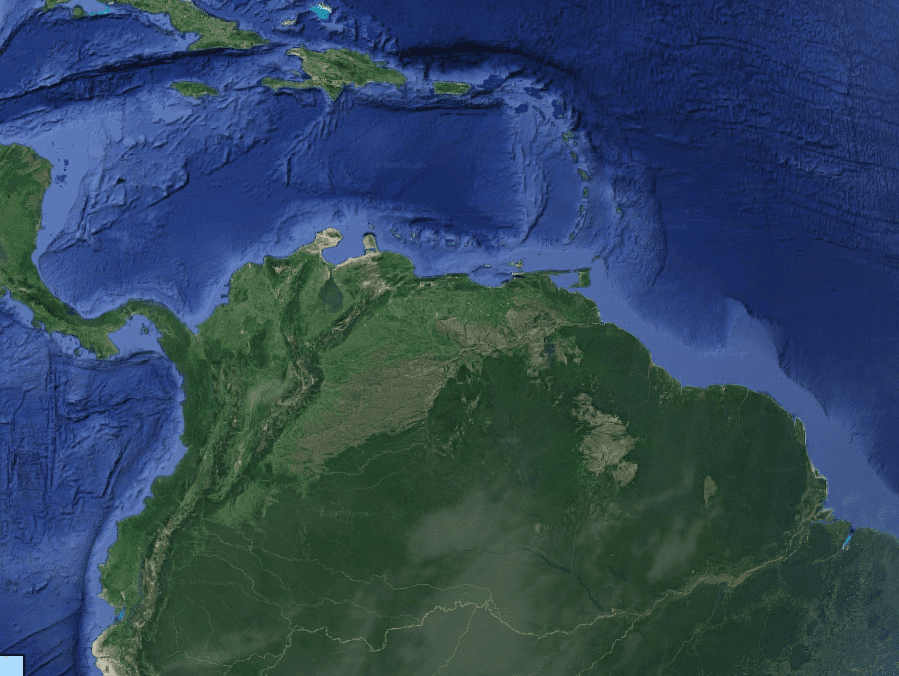 Without clear policies and a well-planned response to the accelerating humanitarian disaster in Venezuela there are good reasons to believe that similar consequences could follow in the Caribbean.

Read the 1 February report produced by the International Federation of the Red Cross and it is immediately apparent that the refugee crisis in Venezuela will have hard to manage consequences, particularly for smaller nations.

In its report the Red Cross says that by December 2019, an estimated 5.3m Venezuelans will have left their country, migrating ‘to improve the socio-economic conditions of themselves and their families’

It observed that what is now happening ‘is the largest migration in the history of the Americas’ and that ‘there is no indication that the influx of Venezuelans to other regional countries will slow any time soon’. It warns this ‘will overwhelm the host countries’ limited local and national capacities’.

The scale of what now needs to be done and the complexity of doing so in a region with limited resources is staggering, as the Red Cross indicates.

In Argentina, it observes, there are now 130,000 registered refugees and a national emergency has had to be declared.  In Ecuador around 1m Venezuelan nationals have entered either to transit or to stay in urban areas, with recent migrant related criminal acts leading to growing tension and xenophobic sentiment. Peru has received 0.7m Venezuelan refugees, there are 10,000 living in Uruguay, 76,000 are seeking to remain legally in Panama, and about 150,000 have crossed into Brazil’s northern state of Roraima where many have requested asylum. This is in addition to up to 1.2m living in Colombia and the thousands who enter the country every day to begin a hazardous trek north.

What is clear from the developments of the last seven days is that this situation is going to get much worse.

The next likely flash point will be around the attempted delivery of humanitarian assistance across the border into Venezuela by the US and other nations before recently introduced US oil sanctions start to create even greater shortages of food, medicine and fuel.

President Maduro and the leadership of Venezuela’s military and National Guard have so far been adamant that the supply of humanitarian relief in this manner is unacceptable, and as this is being written the international bridge from Colombia that was to have been used has been blocked, indicating that a high stakes confrontation and an international test of wills has begun.

It is a development that suggests that the hemisphere is now just one miscalculation away from what at worst could end in hostilities followed by a borderless civil war.

If this happens it is likely there that will also be a surge in the already large numbers of refugees arriving in Trinidad, Guyana, Curacao and Aruba, and other locations around the region. Unlike those who came in the first middle class wave and who largely moved on or who have been assimilated, newer arrivals will be families who have very little or nothing at all to offer immediately.

In Trinidad, which has the highest proportion of Venezuelan migrants in relation to its population, the Red Cross already report serious concerns about their health and physical security. It notes that a significant proportion of the 40,000 or more Venezuelans who have fled to the Republic are continuing ‘to experience stigma and discrimination, with acts of resentment regarding employment and access to health services further threatening their security’.

Although Trinidad says that it is moving to regularise the situation of refugees and asylum seekers, it is doing so at a pace that seems blind to the impending human tsunami.

Its Attorney General, Faris Al-Rawi, recently told Parliament that a draft bill had been prepared, but there were still issues to be addressed connected to national security, the number of asylum seekers in the country, and whether government could afford to bear the costs of housing, education and health care. He also said that domestic legislation could only be developed after two international treaties were ratified.

In contrast, in Guyana where the Red Cross says there are now an estimated 24,000 Venezuelans in the country (other reports say 36,400) migrants are entering and leaving to access health care, food and schooling and the government is moving to provide greater humanitarian relief.

Also at risk from any eastward refugee surge is Curaçao where reportedly there are already 26,000 Venezuelan migrants and Aruba where there are 16,000, with the real possibility of an unpredictable Venezuelan response should they like Colombia, Brazil and Puerto Rico become supply points for the delivery of humanitarian assistance.

For the most part, Caribbean nations have belatedly to a greater or lesser degree unified behind an approach led by Mexico and Uruguay which aims to foster a political dialogue between the various parties (Haiti, the Dominican Republic have different view, as for quite different reasons has Cuba).

Any attempt by CARICOM to achieve a negotiated solution is welcome, but it is to miss a just as important point. What is happening is not about ideology, oil or even democratic or constitutional norms, but about how any state treats ordinary people, their hopes, their children and their lives, whether they are citizens or refugees.

As the economist Marla Dukharan observed in a recent impassioned commentary, for too long the developing humanitarian tragedy in Venezuela has been ignored by neighbours that have been only too happy to benefit uncritically from Caracas’ PetroCaribe programme.

This should be the moment when the Caribbean prepares for what may happen next.

Responsible politicians in the region should couple their desire for a negotiated political solution with a well-planned robust and measured humanitarian response. If they do not, they may find themselves before long being bounced by local demagogues into rhetoric and actions that represent values they and one hopes most citizens do not hold.