Seventy per cent of Cubans to receive vaccine by August 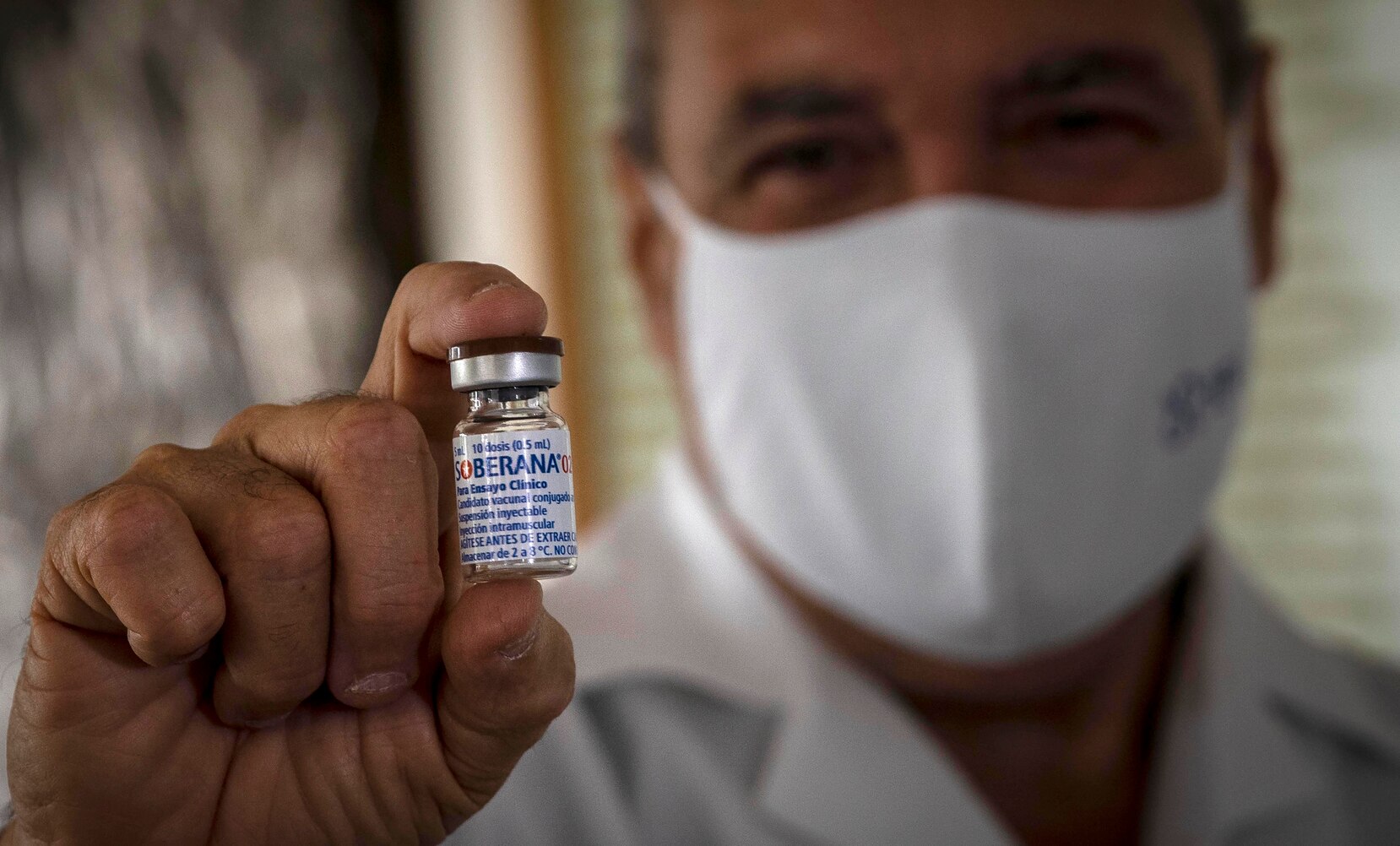 Photo by The Associated Press

Cuba has said that it expects to have vaccinated 70% of all its citizens by August using its nationally developed Abdala and Soberana 02 vaccines. In the meantime, it is to begin an intervention study which will see it administer the two candidate vaccines on an emergency basis in provinces and locations across the country where the infection rates remain high, as well as to high-risk groups.

Explaining why on the television and radio programme, Mesa Redonda, the Minister of Public Health, José Angel Portal, said that it had been decided to accept expert advice and approve an immediate health intervention. He told viewers that by advancing the use of the vaccine it was hoped that in addition to promoting a decrease in transmission it would allow a gradual return nationally to social and economic activity.

Speaking about the process of formal certification, he said that the Ministry believed that Centre for State Control of Medicines, Equipment and Medical Devices (Cecmed), Cuba’s regulatory authority,would give emergency authorisation leading to 70% of the population being vaccinated by the end of August.

On the subject of the completion of the phase III clinical trials of the two candidate vaccines, he said that the one for Abdala which began in March, concluded on 1 May, and that for Soberana 02, which began the same month, is due to conclude with a third dose by the end of May.

Cuba’s Public Health Law 41 empowers the Ministry of Public Health (Minsap) to introduce sanitary and anti-epidemic measures in the face of situations caused by natural or other disasters that pose threats to human health.

According to state media, the Ministry created a Commission of experts to evaluate an intervention study in risk groups and territories which then presented an analysis to the Minsap Board of Directors before the emergency process was approved by Cecmed.

“Recognising the complex epidemiological situation that the country is going through, characterised by high transmission, the circulation of new variants and the increase in seriously ill patients and deaths, the Ministry of Public Health has decided to approve this health intervention, in risk groups and territories”, the Minister said. The intervention is of a temporary character until the general authorisation by Cecmed for national use and is voluntary, he added.

“Our population wants and trusts the Cuban vaccine candidates, our science, the Cuban experience in the development of vaccines, and the results obtained allow us not to waste time, while we finish all the studies”, Portal said.

Others appearing with him on the same programme spoke about the efficacy of the two vaccines and Cuba’s plans to produce the vaccines at scale. The President of BioCubaFarma, Eduardo Martínez, said both vaccines had very similar positive results. “We expect both, in phase III and finally to have very high levels of efficacy”, he said.

Regarding production, he said that the two vaccines have their own facilities to enable as many vaccines as possible to be manufactured in a short period of time. Observing that the scaling up processes had already begun, he told viewers: “We are increasingly reaching industrial stability, we have batches of vaccines manufactured to begin the health intervention, which have passed a rigorous evaluation process. All documentation for each batch to be released is reviewed by Cecmed”.

Martínez noted that the operational plan is designed to run until December but that by August Cuba will have completed production of the number of doses needed nationally. “We will probably be the first country to immunise its entire population with its own vaccine. The commitment is very great, and we are going to fulfil it”, the President of BioCubaFarma said.

The announcements come against the background of a surge in infections. President Díaz-Canel recently said that the transmission and lethality of COVID-19 in Cuba is increasing and above all is concentrated in Havana.