Sargassum a continuing challenge for tourism 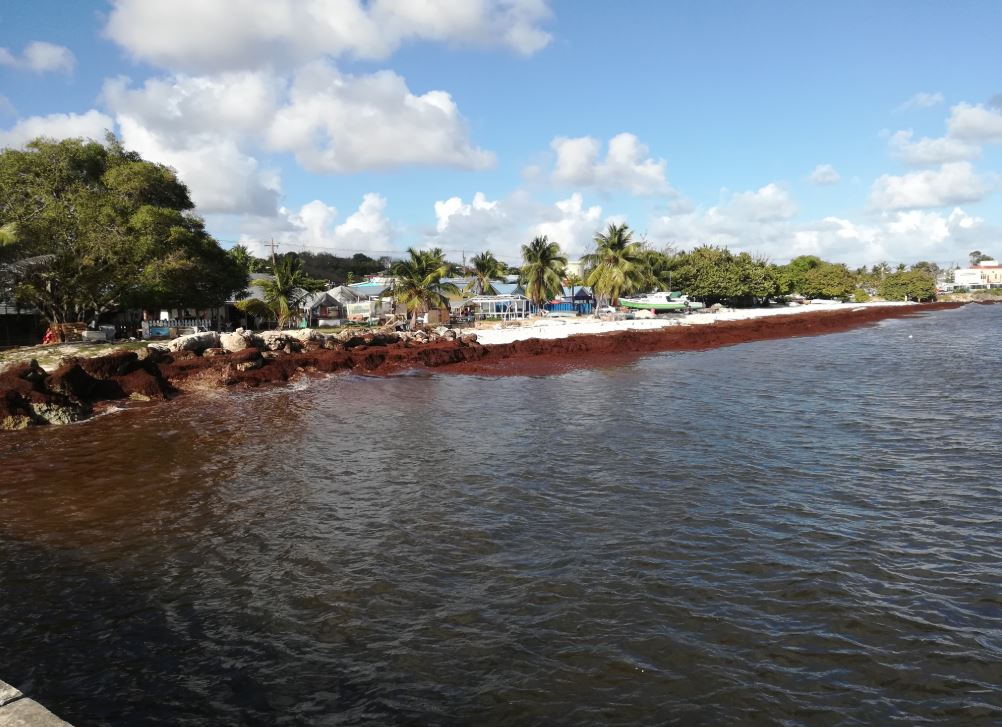 There are indications that the Caribbean may again see this year unusually large amounts of Sargassum seaweed washed up on its shores.

For those who do not know, Sargassum is a type of abundant seaweed creating ocean rafts that can stretch for miles. Although ecologically important and a floating habitat for multiple forms of marine life, when carried onshore by prevailing tides and winds, it can build up on once pristine tourist beaches in the form of a rotting mass of foul-smelling vegetation.

In the past it was largely believed to originate in the Sargasso Sea in the eastern Atlantic, but more recently scientists believe that it has started to arrive in the Caribbean from the equatorial waters between Brazil and West Africa where rising sea temperatures as a result of climate change, and pesticide and fertiliser runoff from the Amazon and Congo, is causing it to proliferate.

So serious has the problem become that a recent MIT Technology Review suggested that the cumulative effect is beginning to disrupt the equilibrium of coastal ecosystems and by killing off the seagrasses that help keep sand in place, is causing beaches to erode more rapidly.

Although Sargassum has been arriving in the Caribbean for many years its height and volume has now become so great that voluntary efforts to clean beaches are proving ineffective, with potentially longer term negative economic consequences for tourism.

Tourism Ministers and industry representatives indicate they have become increasingly concerned about the seaweed’s unsightly appearance, visitor complaints, the cost of mechanical removal, and the possibility of reputational damage. There is also some anecdotal evidence of investors questioning the long-term cost implications in relation to projects they are engaged in.

To try to address the issue the University of the West Indies and a number of other regional and international bodies have been exploring possible solutions including whether there are nutritional uses for the seaweed if processed, issues related to the ecological damage to beaches, and what if any technical solutions there may be keep the seaweed offshore.

One alternative but costly solution being considered by several countries in the region is the installation of barriers. These, it is suggested, might keep the seaweed from reaching the shore in a manner that will result in the ocean currents then carrying the Sargassum back out to sea.

In addition, the Caribbean Regional Fisheries Mechanism (CRFM) announced earlier this year that it had begun a fact-finding study to document Sargassum influxes since 2011, and why in some years, such as 2018, it reached unprecedented levels with an estimated clean-up cost of US$120m. The survey, funded by the Japan International Cooperation Agency, is expected, when complete, to suggest actions for the regions fisheries and tourism industry and the scope of support that Japan may provide to help address the problem.

Despite this, experts suggest that the Sargassum problem is not going to go away in the near future, suggesting that a regional response will be required if the problem is to be effectively dealt with both at a technical level and in relation to visitor perception.

Unfortunately, too many potential visitors still view the Caribbean from afar as one place. This suggests that if the problem of sargassum occurs again this year in the same way as it did in 2018, it will require much clearer sustained messaging by the industry and governments, indicating that such inundations are sporadic, do not affect all beaches, and there is much more to do on a Caribbean vacation than go to the beach.

The views and opinions expressed in the Business of Tourism are those of the author and do not necessarily reflect those of The Caribbean Council.