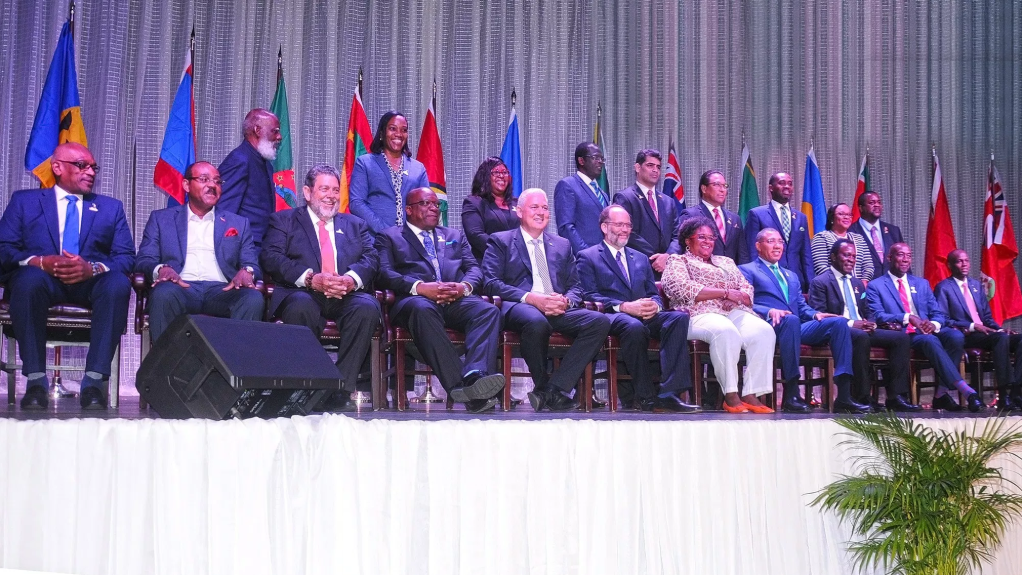 Many of the most important new measures intended to unify the financial architecture of the Caribbean Single Market and Economy are not now expected to be ready for agreement until Caribbean Heads of Government meet in February 2020 according to Barbados’s Prime Minister, Mia Mottley.

Speaking at the press conference following the 3-5 July CARICOM summit held in St Lucia, she said that she hoped that the task of developing a range of new measures including a common financial services agreement, the harmonisation of stock exchanges, the creation of a credit rating agency, and a common investment policy for CARICOM, would be ready by the time Heads meet for an intersessional next February in Barbados.

Noting that these were complex issues as they had to be agreed by each jurisdiction and that the legal drafting was proving a problem, Mottley said that progress had however been made in other areas. A multilateral air services agreement would be operational shortly, a public procurement notice board had been established, and CARICOM citizens now had in place an agreement on contingent rights for their families if they were working in any CARICOM jurisdiction.

CARICOM’s pro temp Chair, Allan Chastenet had earlier said that achieving unanimity on the CARICOM Single Market and Economy (CSME) was not easy but praised the “new energy” brought by Prime Minister Mottley to the meetings. He said that a timeline on implementation would be made publicly available soon of the long list of issues on which the regional institution was working.

Concern about the slow progress was spelt out in the final communique which noted Heads ‘concern at the slow pace and low level of implementation of the CSME and at the lack of urgency exhibited by some Member States in enacting the necessary legislation and putting in place the administrative measures for implementation’. In mitigation, the communique noted capacity constraints existed in the drafting of legislation and agreed to find ways to provide greater support so that implementation might be met within agreed timelines.

Speaking at the end of the meeting, Chastenet said that Heads agreed “that as a matter of priority member states undertake the necessary action at the national level to complete the measures outlined in the (CSME) implementation plan”. He said that the importance of timely reporting on implementation and the challenges involved had been acknowledged by all Heads.

Referring to the continued blacklisting of some Caribbean countries by the EU, Chastenet went on to describe it as a matter of “deep concern” to regional leaders noting that it was a clear and direct threat to the economic well-being to the countries concerned and the region. “We agreed to refine the CARICOM strategy on blacklisting,” he said.

Aside from CSME and backlisting implementation the summit was dominated by discussions on regional security, growing concern about the economic impact of sargassum on the whole region, responding to climate change, the situation in Venezuela and Haiti, and concerns about unity and perception of CARICOM’s relevance.

On Venezuela CARICOM noted “the importance of resolving the crisis peacefully through dialogue between the parties and agreed that mediation would continue to be pursued by the Prime Ministers of St Kitts, Barbados and Trinidad. Heads also expressed support for the facilitation process being carried out by Norway between the country government and opposition. Norway’s Prime Minister, Erna Solberg, who was a guest at the summit, also discussed with Heads support internationally for concessional financing to build resilience, climate change, the environment and the sustainable ocean economy with particular respect to marine pollution.

The meeting also discussed the ongoing political crisis in Haiti. President Jovenel Moise attended the ceremonial opening of the summit but did not participate in the deliberations. It was agreed that a fact-finding mission would be sent to enable CARICOM to determine its position.

CARICOM Heads also met with the United Nations Secretary-General, Antonio Guterres, to discuss climate change, and financing for development. Prime Minister Mottley later said that Heads had been hearted to hear him indicate that eligibility for official development assistance should recognise the vulnerability of small island developing states.

Outside of the formal meeting, significant progress was made in relation to the establishment of a CARICOM Private Sector Organisation (CPSO) to interact formally with CARICOM heads as a designated associate institution of CARICOM. Representatives of the regional private sector met with heads to discuss implementation of this by the end of this year. Discussions focussed on a draft Memorandum of Understanding (MOU) between the Caribbean Private Sector Organisation (CPSO) about the establishment of the new regional organisation which is likely to be Barbados based. At the summit Heads agreed that the Caribbean Congress of Labour (CCL) be designated an Associate Institution of the Community and welcomed the body’s commitment to engage with the CPSO on a mechanism that would enable its participation in the grouping.

The full summit communique can be found at https://caricom.org/cochog/view/communique-issued-at-the-conclusion-of-the-fortieth-regular-meeting-of-the-conference-of-heads-of-government-of-the-caribbean-community-gros-islet-saint-lucia-3-5-july-2019