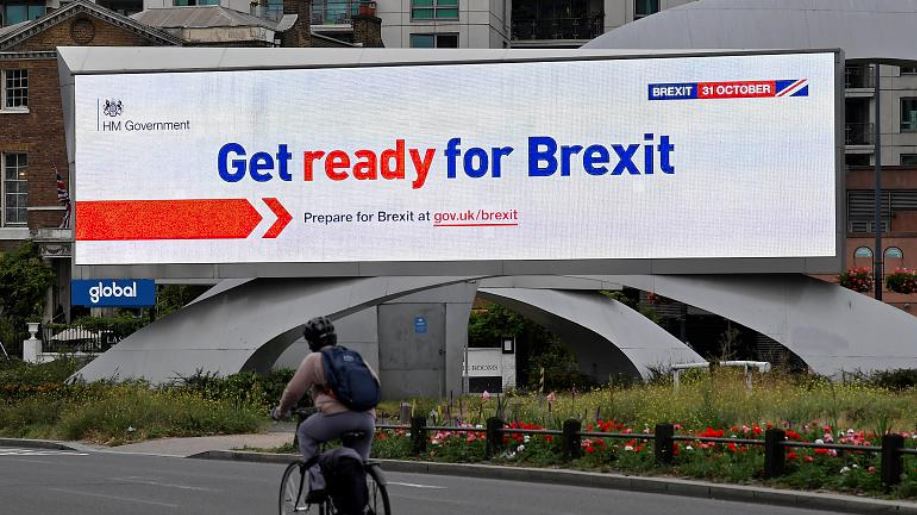 Such is the revolutionary fervour of those now in charge of Britain’s government, they are testing to its democratic limits the cohesion of a country with no formal constitution.

One consequence of the extraordinary events of the last week surrounding Brexit is that the UK will soon hold a general election. This will likely further divide the country as the principal choice is between a Conservative party shorn of moderation, promoting a hard-line English nationalist agenda, and a Labour Party offering an equally radical but hard left socialist agenda.

Despite such absolutism, many in Britain want neither, suggesting an alternative outcome: another hung parliament in which the Liberal Democrats, the Greens, the Scottish and Welsh Nationalists and an assortment of independents hold the balance of power.

Unfortunately, Brexit has ceased to be a matter of rationality and has become an article of faith, dividing families, town and country, generations, the educated and less educated, and the cities and regions of the UK, as well as the two main parties in ways that were previously inconceivable.

As a result, there is a real danger that a once moderate and balanced nation could for years remain on the cusp of chaos with its young coming to resent what is being done to their future.

Brexit is testing the limits of the Westminster system of government, convention and the accountability of the executive to parliament. It is also raising questions about the extent to which the first past the post electoral system any longer has relevance, and whether the UK’s two main political parties can accommodate alternative thinking. More fundamentally it is challenging the cohesion and sustainability of the union with Scotland, Northern Ireland and Wales.

Although the British Prime Minister has told parliament that progress is being made in talks with European officials, Michel Barnier, the EU’s Chief Negotiator says otherwise.

He told diplomats from the EU27 on 4 September that the negotiations are “paralysed” and that no new ideas have been put forward to address the complex issue of the border and trade between the Irish Republic and Northern Ireland.

To complicate matters further the Johnson Government appears intent on seeking fundamental changes to what his predecessor Theresa May agreed.

The Financial Times has reported that Britain is now seeking a new separation agreement that would enable the UK to break free of EU regulations on social and environmental standards, suggesting that reaching any agreement on a negotiated Brexit is unlikely.

EU member states make clear that adherence to EU standards remain an essential precondition if Britain wants to achieve a deep and substantive post Brexit free trade agreement. They also say that a comprehensive solution on a soft border that protects the Irish economy and the Good Friday peace agreement is essential. They are also adamant that they will not sacrifice EU27 unity.

In a further telling indication of where the process is going, the EU has said that while it wants a post Brexit agreement it is preparing for a no-deal departure, and has outlined  proposals for a €600m (US$663m) emergency funding package to help the EU27 nations most at risk.

These are all issues that the UK will have to address, but they are also of political and parliamentary relevance to the English-speaking Caribbean where the Westminster system of democratic government remains, as do the inherited democratic and social values that underpin Caribbean politics and society.

Of more immediate importance to the region and the wider world will be the economic impact of Brexit on the UK, the world’s sixth largest economy. If Britain removes itself from the EU without any agreed transition, it is hard to see how other than in the long term it can compensate for the 46% of all its goods and services it presently exports on a frictionless basis to Europe.

Most independent analysts suggest that growth will slow, the value of sterling will fall further, and the contingent costs that addressing the problems a hard Brexit will create will have a significant impact on the UK Treasury in the short and medium term.

Despite this, CARIFORUM could if pro-active enjoy a much deeper long-term relationship with the UK irrespective of how Britain leaves the EU. The region agreed earlier this year a comprehensive basis for a future post Brexit trade relationship though a CARIFORUM-UK Economic Partnership Agreement, the text of which is online at the British Government portal GOV.UK.

This largely mirrors the terms of the EU-CARIFORUM EPA in relation to imports, exports and services, updates the UK’s development commitment to the region, and creates new UK-CARIFORUM mechanisms for political, economic and social dialogue. Its entry into force will however require swift ratification in order to avoid the imposition of World Trade Organisation MFN tariffs if a hard Brexit occurs.

Recognising that CARIFORM states may not be able to react speedily, two non-legally binding Memoranda of Understanding additionally allow the Treaty’s provisional application. These documents are intended to enable both parties to trade on present EU terms while domestic processes are completed. However, at the end of April a UK parliamentary committee raised questions as to whether their ‘vague wording’ might generate legal uncertainty.

Much less clear is the impact on the UK’s Overseas Territories. Their relationship with the EU is conducted through Britain, which as an EU member has been able to give them access to the single market and free movement, obtain European Development Funds, and provide a voice in European decision making on issues that affect their interests.

Britain is about to enter uncharted waters. It is no exaggeration to say that its people are facing a period of potentially radical change in which the forces of rationality could well lose. If this happens no one should be surprised if the UK becomes vulnerable to the blandishments and siren calls of nations that see the world in Hobbesian terms.